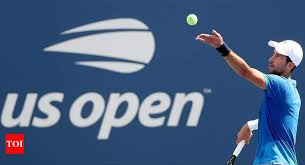 Novak Djokovic will of course start as this years favourite. He has won 4 of the last 5 Grand Slams. However, his form has not been imperious and he has lost unexpectedly in 2019. There is more hope for his opponents than in other years where he has also dominated.

Djokovic no doubt loves the fast hard courts of New York. It suits his playing style and he is naturally more driven at these events. He has adjusted to the fact that he is not loved in the same manner as Nadal or Federer, and is never the crowd favourite. Unless you are a true Djokovic fan, you will him to be beaten in order to give your favourite players more chance to win. He has overcome injuries and setbacks and has always came back strong. He has the mentality and the aggressiveness that he needs in his game. He will be hard to stop in 2019.

Roger Federer came so close a Wimbledon that it must have hurt immensely, both physically and mentally. Surely he must wonder secretly if he will get that close again. Roger and Rafa maintain that records are not important to them, but they are not being completely honest. Rafa is chasing Roger and Roger will be wary that his record could be reached or even broken given the age gap between the two players. New York is hot and humid and conditions may not suit the 38 year old Swiss player.

Nadal recently claimed the title in Montreal which will have definitely helped his confidence. His main concern will be fitness. At times it’s been a frustrating year for Nadal as he cannot play at 100% all of the time. He will need to win seven matches consecutively to win the US  Open, potentially, if unlikely, 35 sets of tennis over 2 weeks.

Previous Grand Slams have proven that the Next Gen players have not hit their stride in the big ones. Wimbledon was pretty bad for Thiem, Zverev and Tsitsipas. Along with Khachanov and in-form Medvedev, they will all be looking to go that bit further and challenge the big 3.