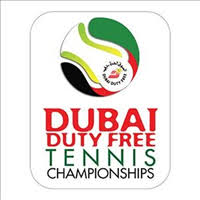 I just had a look at the Betfair Exchange betting for ATP Dubai and it looks like there’s some value after Djokovic.

Novak Djokovic plays in Dubai for the first time since 2016. Instead of resting with Indian Wells and Miami on the horizon, he’s decided to be more tournament ready that in previous years. Miami and Indian Wells were not his best tournaments in 2019.

Djokovic has not lost a match in 2020 (13-0) and has not lost a competitive match since losing to Federer in the Tour Finals in November. Djokovic is odd-on on to win this event at 1.69 (4/6)

Much more enticing odds are available on the very entertaining and in-form Frenchman Gael Monfils. Very nice odds on the Montpellier and Rotterdam champ, well worth backing right now. The biggest problem for Monfils is his draw on the same side as Djokovic. Were Djokovic to have an early exit, Monfils is in with a good shout.

One more player who has found some form very recently is Stefanos Tsitsipas. He took the Marseille title on Sunday without dropping a set. That’s a big leap forward in his 2020 form which had been inconsistent. He opens up his tournament against Carreno-Busta on Tuesday morning. Odds of 9 on Tsitsipas are tempting but I’ll stick with Monfils in the early running.