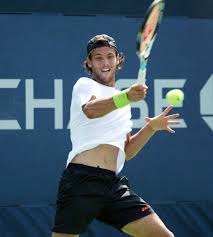 The march towards Paris continues this week in Estoril, Portugal and Munich, Germany. The Millennium Estoril Open is an ATP 250 event on outdoor Clay Courts. The Portuguese player Joao Sousa is the reigning champion and will play Popyrin, a qualifier, in the first round. The home crowd will certainly be rooting for him to win it again. Let’s see what his chances are by looking at the overall draw.

The first quarter of the draw features Tsitsipas and De Minaur. Tsitsipas has endured a very inconsistent period since the Australian Open back in January. He has won in Marseille and reached the final in Dubai, losing to Roger Federer. But he had also had a few early exits in Miami, Indian Wells and Barcelona. He will begin his quest against Andreozzi or Dellien. His first major test should come in the QF against De Minaur. For Tsitsipas, the No. 1 seed, only an appearance in the final will be good enough because of the expectations he has built.

The second quarter of the draw features Goffin and Lajovic. Goffin has a bye to the last 16 where he will likely face home hero Sousa. It is fair to say Goffin is rebuilding and not at his best. If Sousa can get a win under his belt, he will be tough to beat.

Lajovic will face Mayer in his first round where he will certainly start favourite after good runs in Monaco and Miami. Mayer, as proven against Nadal, is no pushover. Lajovic will need to start strong.

7th seed Carreno-Busta and Gael Monfils are the standout players in the 3rd quarter. Busta was champion here in 2017 and will be confident of a good showing. He will face Chardy in the first round and likely meet Monfils in the quarter final. Monfils, for me, should prevail in the group but Fritz, who is good form could be a threat and Busta will never be easy to beat on these courts. 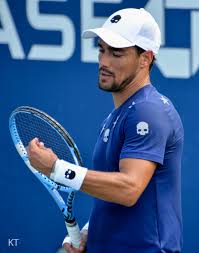 Fognini and Tiafoe are the seeded players in the final quarter. Tiafoe has reached the QF stage in The Australian Open and Miami this year. He plays Kukushkin in the first before a last 16 match against Nishioka or McDonald. Fognini should be his QF opponent.

Fognini’s first game will be against Caruso or Krajinovic. Krajinovic should beat Caruso in that match, and coming off a final appearance in Budapest, where he lost to Berrettini, he will be confident in his chances against Fognini. Fognini is not as inconsistent as previous years and this will be a close match.

All in all, some great players and great match-ups to look forward to this year.