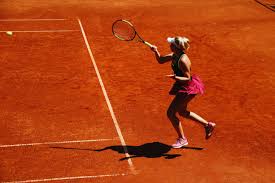 The eight Player in this years WTA finals are

In 2019 there were 4 different winners in the Women’s Grand Slams:

No surprise that all four feature in a very open WTA Finals event in Shenzhen, China. With a record total of over $14 million up for grabs, there is plenty to motivate the players too, expect a good few tight, well contested matches.

Osaka had a blistering start to 2019, capped by her win in Australian Open. She then suffered a loss of form and confidence during the following months. Osaka has only recently rediscovered her best during the Asian tournaments and seems to be in optimal form going into this one. She begins her challenge against Kvitova on Sunday. Osaka and Kvitova are joined in the red half of the draw with Bencic and Barty.

Barty also has a great chance at the title after a strong year. Barty will be highly motivated because a good performance here will mean ending 2019 as World Number 1. Bencic and Barty will also meet on day 1.

In the purple half of the draw we have Pliskova, Svitolina, Halep and Andreescu. Andreescu is a massive danger to all the players in this half. She has proven she has the bottle and the skill to survive and dominate at this level. Day 2 will see Andreescu meeting Halep and Pliskova v Svitolina.

Though I believe the finals will be tight, I am expecting Osaka or Andreescu to be there on the final day.