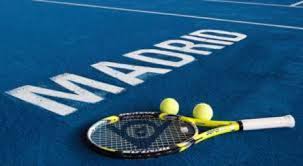 PREDICTIONS FOR ATP AND WTA:

Rafa has now lost 2 clay tournaments in a row which is pretty much unheard of. The first was at Monte Carlo which I didn’t think would be be an easy one to win with a lot of big guns participating. The second however was a huge shock as he got beaten in his home country.
This is the second successive tournament in Spain so I feel this time around, he must be desperate to get back in form.

Let’s talk about Murray first. He’s definitely a huge outsider here with odds of 40 on the Betfair Outright market. However I think with a positive restructure of his current coaching staff and game plan, he must be playing with less pressure. Sometimes, this can work in a player’s favour so Andy should not be ignored completely I feel. If he can get through Almagro in his next round, I think he is a possible Semi-Finalist!

Ferrer and Dolgopolov: Ferrer has already beaten Rafa this year on clay and Dolgopolov, I thought played really well against him in Brazil earlier this year.

Ferrer obviously has a chance on clay against anyone but Dolgopolov could be the Dark Horse for me in Madrid!

Nishikori: Kei is superb at the moment. He looks like he fears no one and is really smacking the balls well on all parts of the court. With so much confidence, he must be taken very seriously. If he can get through Ferrer, the door is open for him to cause a major upset against Rafa in the Final which cannot be ruled out especially with the stats in his favour.

Prediction: I am predicting a Nadal v Ferrer/Nishikori Final.

By current form, Nishikori is a great bet for me. But Rafa losing 3 clay tournaments is going to be a rare occurrence. With the crowd behind him, Nadal is definitely the right favourite yet again. I’m hoping this time he shows the world why he is really the only ‘King on Clay’!

Nadal to win for me at Madrid!

Serena is the right favourite even though this is clay. However, I do not quite agree with the odds. Betfair has her priced at around 2.2 for the outright. I wonder if that is a bit too low. I think it should at least be in the 2.7 – 3 range. For the time being though, Serena is living up to those odds as she looks almost unbeatable.

Sharapova has just come back to play this tournament after a tough win against Ivanovic in Germany. That match could have gone to Ana as she was a set and a break down. If a similar scenario arises against Serena, she can pretty much kiss goodbye to the trophy. However, Maria is still an excellent player on Clay. Hopefully she serves well, she definitely has a chance to be in the final!

Li Na would normally be part of my favourite list but I feel her form is a bit off at the moment. Hence I am only putting her as an outsider. If she serves well, she is a threat to anyone but I feel her price should be in the 20’s rather than in the 10’s as she is on at the moment.

The most improved player in recent times is none other than Simona Halep. If she can serve and rally well, she has a great chance even against Serena Williams! Price of around 15 is probably right on her!

Ivanovic: It’s a shame Ana is on the same side of the draw as Serena here. She’s playing beautifully and I don’t really see many unforced errors from her game. Her weakness is her endurance levels which must be sorted out if she is to beat Serena (if they face each other in a possible semi-final!).

Aga Radwanska: For me Aga has a good chance in reaching at least the Semi’s here. I think her clay court game is really improving at the moment. She’s looking more and more confident on her serves and her defence has always been good. If she can negate some of her opponent’s serves, she is in with a chance to knock out some seeds!

Looking at the outright odds, it seems the tournament is Serena against the Field.

Simply speaking, let’s just say Serena will reach the final in Madrid. Now it’s all about the bottom half of the draw. Recent stats and form for me indicate two players being in the final and they are Sharapova and Radwanska.

Personally, I think Sharapova is the better player on clay at the moment so going for a Maria v Serena final here.

Now, if indeed it comes down to these two players, I can’t see Serena losing. Why you ask? This is why:

Serena Williams to win at Madrid!