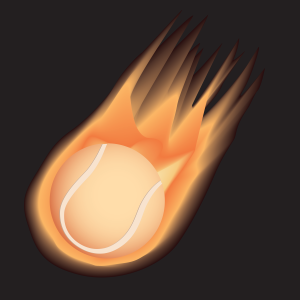 2016 was all in favour of Novak Djokovic after he won the Australian Open and the French. Since then, he had some shock losses allowing Andy Murray to claim the World No.1 spot.

In the women’s, Kerber had a better year than Serena but both have been disappointing this month.
Can we expect a switch in momentum for Djokovic to reclaim the number 1 spot? And will we see Serena overtake Steffi Graf as the most successful female Tennis player of all time?

The journey starts tomorrow under the blistering heat of Melbourne, Australia!

Bookies have sensibly given value on both these top stars as neither player has looked sharp this month. Serena is priced around 4.5 and Kerber just under 6 on the Betfair Outright.

Neither player has an easy draw with Serena facing the very aggressive Belinda Bencic in Round 1. She then has to contain a possible challenge from Safarova and then Babos. If she gets past them, there is an in-form Johanna Konta to worry about, who just won the Sydney International tournament last week. If not Konta, her quarter final opponents could be Wozniacki or Cibulkova.
Kerber has a resilient Tsurenko to worry about in Round 1. Her future opponents could be Shvedova, Kristyna Pliskova, Bouchard or a very tough Kasatkina, who already beat her this month. Possible quarter final opponents for the German are Suarez Navarro or Muguruza.

Priced around 9 is Karolina Pliskova who loves playing on hard courts and could prove to be a major threat to many top seeds in this tournament.

Muguruza and Halep are priced over 11 while Konta and Radwanska are priced near 20. I must point out that Konta has played super Tennis since last year’s Australian Open and could do very well this year as well! Radwanska looks a decent bet as well, considering her form.

Kasatkina gets a strong nod for a calculated punt as she is a dangerous opponent for any top WTA player. The Russian is priced close to 70 on the Betfair Exchange.
The bottom half of Kerber’s draw looks the weakest in this tournament. With Halep’s form not being that good, the experience of Kuznetsova (priced around 60) and Venus Williams (priced around 200) could come into play. If you are going for youth, the best option could be Monica Puig who stunned a lot of players at last year’s Olympics in winning the Gold. Monica is priced around 80 on the outrights currently.

I’ve always liked Shvedova’s game which is very sound on hard courts. Priced close to 1000, a couple of quid is the right investment on her I believe. But the best outright bet could be on Ana Konjuh who has seriously impressed me since last year. The Croat is priced around 250 on the Outrights which looks quite big considering she is quite an under-rated player.

Looking at the draws of Serena and Kerber, this looks like quite a tough tournament to predict. The obvious choice is to back Serena and hope she turns up in Australia. If she doesn’t I would have my money on Konta or Muguruza winning. Personally, I don’t see Kerber doing well this year.

Simply because she is set to overtake Steffi Graf, I am sticking with Serena Williams to win in Melbourne this year.

The obvious big guns to win this tournament are Andy Murray and Novak Djokovic. Both currently priced around 2.8 on the outright.

Murray will likely have easier opponents for the first three rounds. For the 4th round, there is a possible challenge coming through Mischa Zverev, who has looked pretty dangerous on hard courts in recent months. If he shakes off that challenge, the upcoming quarter finals could be the most anticipated encounters where he could face a returning Roger Federer, who looked quite good at the recent Hopman Cup. Assuming he gets past Roger, he could likely face Stan Wawrinka who has had huge success playing in Melbourne. And then it could indeed be his nemesis, Novak Djokovic.

I cannot see much of a challenge in the Djokovic section of the draw as his possible opponents are Dimitrov in the 4th round and then Goffin in the Quarter finals. Even if he meets Nadal in the semi’s, I believe the Serb should come out on top. In my humble opinion, Novak should be good enough to reach the finals easily!

Wawrinka, Raonic and Nadal are priced close to 20 on Betfair Outrights.
Stan Wawrinka is the best choice amongst these three players even though Nadal did start the season well in the season inaugral exhibition event at Abu Dhabi.

While Dimitrov has played well in recent months, the Bulgarian is unlucky to be placed in the same section as Novak Djokovic. I am therefore advising not to back him on the outrights.

Roger Federer is priced just over 30 which looks good value at first glance. However, I will have to see him play a few rounds before deciding if he has any chance of winning this one. For now, I agree with the bookies that he should be an outsider for this tournament.

Kei Nishikori is probably the best bet apart from Murray or Djokovic for this year. Kei is playing at the prime of his career and this season could be his best to date if he can step up a gear. Odds of 50 on him looks a very good investment!

Priced around 75, the young German Alexander Zverev doesn’t have the worst of draws. He still needs to get past Nadal to reach the semis though. Still, considering he beat Federer in straight sets at the recent Hopman Cup, there is some logic in putting a few quid on him.

Australia’s number 1 player at the moment is Nick Kyrgios. I don’t see him winning the event but if he can get past Stan Wawrinka in a possible quarterfinal, the doors could be wide open for the home favourite.

Jack Sock is my best big outsider for this tournament priced around 200 currently on the Betfair outright. The American can serve with a load of force and is also an exceptional returner. If he can continue his recent form, Sock should be good enough to reach at least the quarter-finals.

Amazingly, Andy Murray has been runner up 5 times in Australia and never managed to win it. On the contrary, Djokovic has reached the finals 6 times and has an incredible 6-0 win record, making this his favourite Grand Slam.
With a perfect start to the season beating Murray in Qatar, I am opting for the Serbian to win his 7th Australian Open title this year!

Good Luck and thanks for reading…

Related articles across the web