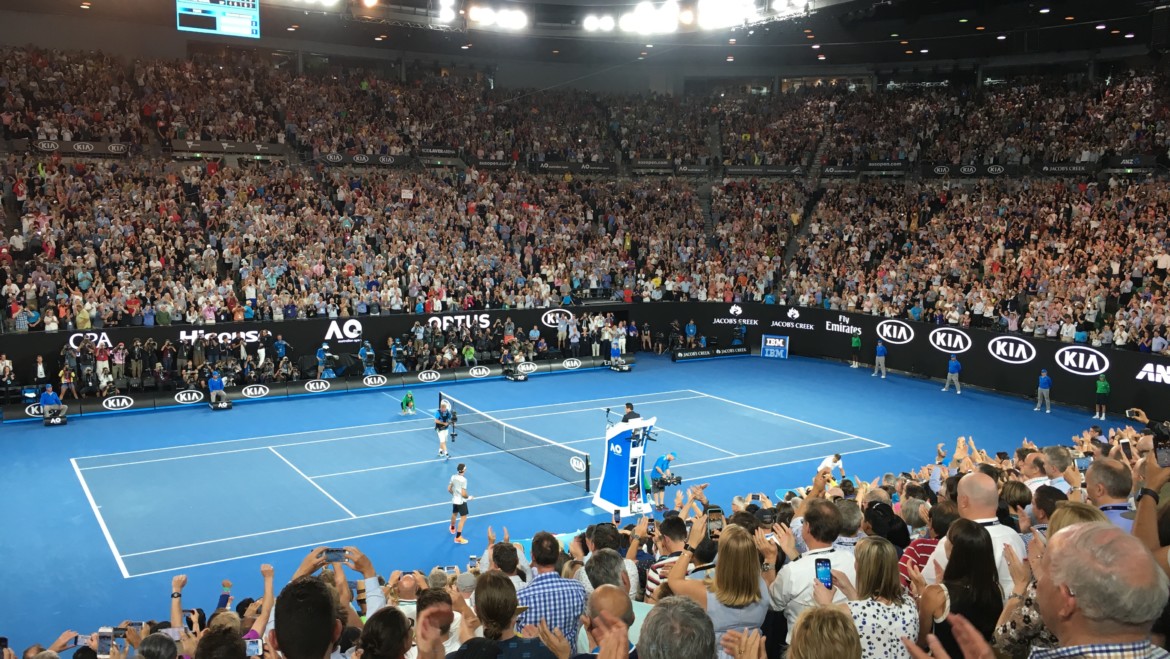 We are now in week 2 of the Australian Open and we now know the Quarter Final line ups. On the Men’s side:

The line up is definitely a surprising one. I would have expected to see Federer, Zverev and Coric in there but there were a few upsets in the last round.

Stefanos Tsitsipas made history on Sunday Morning as he became the first Greek player (male or female) to reach a Grand Slam Quarter Final. Not only that but he had to beat Roger Federer to get there. AND he came from one set down to do it. What a performance it was. He looked calm, measured and self assured. Signs that he can become one of the best of his generation.

I’m really not sure what happened in the match between Raonic and Zverev. Zverev didn’t show up in the first two sets losing them 6-1 6-1. There was more fight from him in the third set but he lost that one in a tie break. Raonic had played very well in Australia and deserves his place in the Quarter Final where he will play Pouille.

Pouille has been fortunate in the draw but as the saying goes ‘you can only beat what’s in front of you’, and he’s certainly done that. He’s beaten Kukushskin, Marterer, Popyrin and now Coric to get to this stage. Pouille is not the most dangerous opponent in the last eight and I expect Raonic to put an end to the Frenchman’s run.

Nadal will go in a strong favourite in his quarter against the 21 year old, world number 39, American Frances Tiafoe. Tiafoe has already overcome dangerous players in Anderson, Seppi and Dimitrov so he definitely has form and confidence. Nadal has made it to the quarters in good style. He hasn’t dropped a set and looks to be fit. I expect Nadal to win this match in 3 sets.

Djokovic v Nishikori is the main attraction. Nishikori has had to endure two 5-setters in the last 3 rounds against Karlovic and Carreno-Busta. Both of which he won from 2 sets down. Djokovic has looked very good dropping only 2 sets so far. If Nishikori is to beat Djokovic, it will take 5 sets again. Nishikori will need his full 2 days to recover. He has been fragile in the past and playing marathon matches will not help him. I doubt very much this match will go to 5 sets. Expect Djokovic to take it in 3 or 4.

On the womens side:

We could have a repeat of the US Open final at the semi final stage here if Williams and Osaka win their quarter finals. Osaka won that meeting but Serena is in a different place now, I would expect a stronger performance from her.

There is still some home interest as Barty takes on Kvitova in the opposite side of the draw. Barty is underdog here but expect the home crowd to give her energy. Kvitova has a lot of experience on her side and will hope to quiet the crowd early. This will be a close match, but Kvitova to win is the bet for me.

Wozniacki, the defending champion, is out. Knocked out by Sharapova who was in turn dispatched by Barty. Halep and Muguruza are gone along with Kerber, Keys and Stephens.