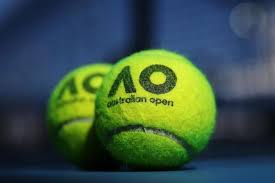 No sooner do we have time to catch our breath and the First Grand Slam of the year is upon us. And what a tournament it could be. Andy Murray, Nick Kyrgios and Stan Wawrinka are unseeded. This sets up potentially great clashes in the very early rounds with the prospect of some early upsets.

We see the return of the established ‘top four’ in Federer, Djokovic, Nadal and Murray, though it’s been a while since the top four occupied the top four spots.

It’ll be hard to stop Djokovic taking his 3rd Grand Slam in a row. What an amazing 2nd half of 2018 he had. Not only claiming Wimbledon and U.S. Grand Slams, but also completed the Golden Masters (first one to win all 9 masters events).

Federer will be a threat, but limited. I always give Federer more of a chance in a 3 set match against Djokovic. 5 sets would be tough. The only way I see Roger winning would be to win 3-0 sets. Very unlikely against Novak who has never lost without a fight.

Saying that, Federer was excellent in the Hopman Cup recently defeating Norrie, Tiafoe, Tsitsipas & Zverev in straight sets. And he’s the defending Champion in Melbourne. It seems we write him off annually. He always surprises. His eloquent style of play seems to use less energy. If Federer can get to the semis, where he is more likely to meet Novak, without dropping too many sets, he might be fresh enough to cause an upset.

Nadal and Murray are both nursing injuries. Their chances are very small. Del Potro is not playing in Melbourne.

The bookies have Novak at almost even money, confident he will take it home this year.

Djokovic has been beaten by players like Zverev and Tsitsipas recently, but in 3 sets. In 5 sets, he must have the advantage. Expect players like Zverev and Nishikori to make it to the latter rounds. Nishikori has had a great start to his season but there’s always a question mark over his durability. I don’t expect him to reach the final. Zverev may make the final but it will depend on the draw.

Personally, I give the nod to Djokovic, but I wouldn’t be disappointed to see an upset.

Serena Williams is the outright favourite for any WTA tournament for which she is fit. This is her first Grand Slam since the controversial US Open Final last year, which was marred by on court penalties and eventually lost to Naomi Osaka. She failed to win a set in that final, and failed to win a set in the final of Wimbledon against Angelique Kerber a few months before. If her movement has improved, I expect her to challenge but I wont have money on her outright. Williams is expected to be seeded 16, meaning her path to the final will be more difficult than before.

Caroline Wozniacki, the 28 year old World Number 3, will be determined to repeat last years victory. She was immense in Beijing in October 2018 before an average WTA Finals display and an average start to 2019, beaten and knocked out in Auckland by the World Number 107, Canada’s Bianca Vanessa Andreescu. Wozniacki enjoys these courts, but it’s unlikely, in my opinion, that she will repeat last year’s success.

The WTA can be a betting minefield, and with such a star-studded field, it’s proving to be so at this year’s Australian Open.

I have never looked forward to an Australian Open so much. There are so many question to be answered, so much intrigue. Let’s hope it lives up to the billing.