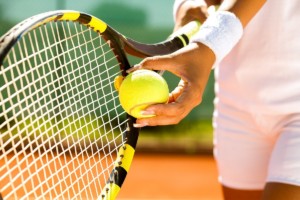 After a breathtaking Australian Open we enter into the next big event this year at Indian Wells, California.

With Serena Williams pulling out of this tournament, there is good reason to expect surprises in the Womens Draw.
Having said that, the top 4 popular men’s players have had a strange year already. Djokovic and Murray both under performing in Australia, Federer after winning in Melbourne, losing to unseeded Donskoy in a major upset at Dubai and Nadal succumbing to a shock loss to Sam Querrey in the final at Acapulco, Mexico.

Simply put, this year is already looking very unpredictable and we could see a lot of ebb and flow in the form of a lot of quality players.

A brief insight into the ATP & WTA predictions for this tournament:

With no Serena to worry about, this is an excellent opportunity for Angelique Kerber to fetch some valuable ranking points. She is currently priced as the second favourite (around 6) behind Karolina Pliskova (5.5).
Looking at what has transpired since Australian Open, one player that has powered her way through most opponents is the very aggressive Ukranian, Elina Svitolina.
Johanna Konta also looks to be a great bet for this tournament but having withdrawn with a foot injury at Dubai, perhaps one should maintain caution before investing too much on the Brit.

For a lot of the tournaments throughout this year and the next, I will have to give Ana Konjuh as my best Outsider Bet as the Croatian has some massive serves and naturally plays a very attacking game. At odds over 60, and especially with no Serena to worry about, there has to be some value on Konjuh.

I must say Svitolina is my best bet for this tournament due to her fearless nature of Tennis and amazing form!

Defending champion Novak Djokovic has won this tournament an incredible 5 times and is going for his 4th in a row this year. Roger Federer meanwhile has bagged the title 4 times and was the runner up in both 2014 and 2015.
Nadal has tasted victory 3 times but Andy Murray is yet to win this Masters event. Andy’s best performance came back in 2009 when he reached the final, but lost to Nadal 6-1 6-2.

With Roger and Rafa both putting a lot of their energy into the Australian Open, perhaps avoiding them on the outrights is the logical thing to do. If you want to go for either, I say Nadal looks the better bet.
Since winning French Open last year, Novak Djokovic has seriously looked out of order! I would be surprised if the Serbian wins this tournament as he has been more sloppy than steady. Still, one can expect Djokovic to be amongst the favourites when the Outright market goes live on Betfair tomorrow.

My best suggestion for this tournament is to BACK MURRAY with high stakes and trade out some profits by the semi-final. The reason I am suggesting high stakes is that Andy couldn’t have hoped for a better draw this year with all three of his arch rivals, i.e Djokovic, Federer and Nadal placed in the bottom section of the Draw.

Another fact is that Andy is also defending his number 1 ranking and therefore must be looking forward to this tournament after winning the title in Dubai a week ago.

I expect Murray to be priced around 2.5 – 3 for this tourney. For me, those odds will very likely shoot down in the coming days.