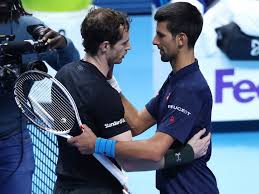 Only a couple of weeks before the Aussie Open is in full swing. Top players are out in force to prepare for what could be a career defining tournament. Can anyone challenge for the titles outside the usual few? Before that , we have some tennis to play. Following are the currently active tournaments:

While there are some major players performing this week in WTA Auckland and WTA Brisbane such as Serena and Kerber, I feel the women’s game is quite tricky to predict at the start of any season. Hence, my focus will be mainly on ATP Doha for the coming week.

On paper this is pretty much a 50/50 call between these two giants as there is no Nadal or Federer to worry about.
Priced around 2.3, both players are worth staking on the Betfair outright and laying at lower prices later.

I wasn’t too impressed with Berdych’s performance in Abu Dhabi but Goffin was seriously good in knocking out Andy Murray in straight sets and also being a very tough challenge to Rafa Nadal in the final. The Belgian is also the better bet (currently priced close to 15 on most bookies) compared to Jo Tsonga, who was quite inconsistent in 2016.

Both these Russian players have played some seriously good Tennis last year. Priced around 70-80 on most bookmakers, these two have to be pretty decent bets on paper.

Andy Murray did play some unbelievable Tennis in 2016 and deserves the World No.1 ranking. But in my humble opinion, Djokovic is still the man to beat and getting rid of Boris Becker could be the best thing he has done for 2017.
Simply put, the pressure is all on the Scot to carry on his good performances from last year while Djokovic has more air to breathe currently.

As the defending champ, I am opting for the Serbian.

Thanks for reading and let’s hope we start this year with a bang!