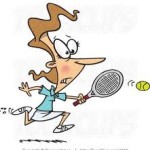 PREDICTIONS FOR ATP AND WTA FOR THIS WEEK:

Kohli has been one of my favourite ATP players for a long time. A very tough player to beat, he has played really well against some of the top players in the world in Grand Slams as well. His recent form suggests he is probably the right favourite to win this event, especially due to the fact that it’s played in his home country!

Out of these four players, by form, Melzer looks like a decent bet. Monaco is a clay court specialist so can always offer a challenge on this surface.

The dark horses of this tournament could be both Vesely and Davydenko. Vesely for the reason that he is an aggressive lefty with some slick serves. Davydenko is an unsure bet for me mainly due to his consistent injury issues but if he is to show some form this week, he may provide a stiff challenge to anyone I feel.

By form either Kohli or Melzer is a sure bet for the final spot with Vesely and Davydenko as possible semi-finalists. With the home advantage, I am going to pick Kohli to win this tourney!

Gulbis has played solid on clay this year and I think he definitely has a chance to win this one. Monfils for me is an excellent bet mainly due to the fact that he’s playing at home.

John Isner’s game on clay has been not too impressive so far this season. However, his serves are still hard to crack even on this surface. Simon definitely has been finding some form just in time for the French Open. I think he’s a good bet for a Semi-Final spot at least. The Dark Horse for me is the big lefty Delbonis. If this guy can serve consistently, he’s a major threat to Monfils and Gulbis!

Eventhough Gulbis has played good so far, I am leaning towards Monfils or Delbonis here. Between them, I feel Monfils might just be good enough to win it all!

Petko has been really good on clay and I am surprised how consistent her game has been!

Cornet is definitely a decent clay courter so she’s in with a decent chance here. Keys normally wouldn’t be on my list but knocking out Torro-Flor in her previous match has forced me to include her as a probable semi-finalist.

Goerges and Espinosa are two really good bets for me as both are decent clay courters. Julia especially has been pretty good on Clay so she’s in with more than just a hope!

Looking at the Draw, a Cornet v Petkovic final looks possible. However I’m inclining towards a Goerges v Espinosa final. Goerges to win that one for me!

By form, Garcia has looked really good out of these three on Clay. I think if she can serve as well as she has done so far, she maybe one of the Dark Horses for the upcoming French open.

Between Kerber and Bouchard, I would pick Kerber as I feel her side of the draw looks more promising.

I do think all three are good bets for this tournament as they all can play alright on Clay. The Dark Horse out of them could be Dinah Pfizenmaier with odds of 100 on Betfair at the moment. If she can get through Garcia in her next round, watch out for some action in the lower section of the draw!

Kerber at home is never easy to beat. But I think the surprise may come from Pfizenmaier or Shvedova. I am going for a Shvedova v Kerber final here with Kerber edging that one.

Thanks and good luck!