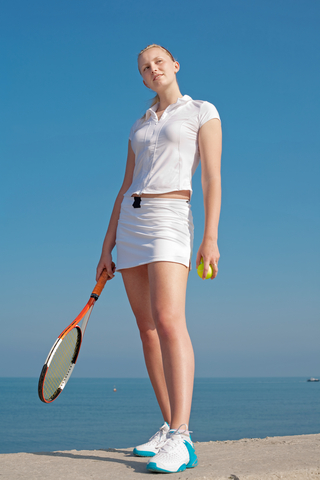 Back Price is 1.13 at Djoko, he looked tremendous dismantling Berdych
after a marathon match against Wawrinka. I expect him to go through
easily.

Strategy: Back heavy at Djokovic and lay at a smaller price

Guaranteed profit comes to around 10 units.

Yesterday’s prediction of never laying serena was going well till
obvously the worst case scenario happened. An injury! That is the
nemesis of all traders. Still if you had followed my strategy, you
would have backed her big and laid her for a small amount like 1 unit
to be in profit.

Today however, expect no miracles from Stephens (with the condition
that Azarenka doesnt get injured obviously). I don’t see Aza losing,
simple as that. Kuznetsova gave her a good battle as I had predicted
at the start but once her serve failed Azarenka was all over her.

Stephens is a good upcoming player but largely inexperienced for such
occasions. Aza however is the defending champ and will not want to
lose it to a 19 yr old newcomer. Expect all guns blazing from Aza.

Strategy: Apply exactly the same strategy as the above match as the
odds are 1.13 on Aza just as on djokovicl!

This definitely is the best tradeable match today.

Odds on sharapova are 1.28. I have a good feeling that will jump maybe
in less than a minute after the match starts. Li has everything in her
game. Great serve, speed, agility, power and also the experience of
winning a grandslam before. Also she’s a former finalist here losing
to Kim Clijsters just narrowly!

Expect Li to come firing on all cylinders at the start. I wouldnt be
surprised if she wins the first set easily. Sharapova if she doesnt
serve well may get beaten in 2 sets today. If she does, she may beat
her in a very close match. Either way this could be one of the best
markets to trade for the whole tournament! Scalping will be massively profitable in this game.

Strategy: Lay sharapova immediately at 1.28 and back her at a high
price like 2.7. Its likely her odds may go up as high as 4 or 5. But
safety first hence 2.7 to 3 range is better.

Application: I personally would lay sharapova heavy at the start (ChampWinnings)
around 200 units at 1.28. Liability here is 56 units. Back her at 3
for 85 units. Profit guaranteed here is more than 50% of your stake,
115 units approximately!

If in the worst case scenario sharapova wins the set comfortably with
a score like 6-1 or 6-2, trade out immediately! Its extremely risky to
leave that market open in the second set, better save money for other
matches. But I predict it to be a closely fought set or Li winning it
comfortably. Either way the chinese girl is not an easy player to beat
at any time for anyone, including serena williams.

I predict a comeback from Sharapova after a set down and maybe a break
down in the second and forcing a tie break or something in the 2nd set
and then changing her gear in the 3rd. Eitherway laying Sharapova is
absolutely the right strategy. In case Sharapova breaks li first don’t
panic, leave it open no matter what until the first set, that is a
risk worth taking I believe. Obviously if there is any injury scare to
Li, please trade out immediately as the markets will go against you
fast!