Here’s some scenarios I get plenty of questions about – hope they can help some of you!

Unlike my strategy, after waiting a couple of games early in the
match, I felt Vasselin had problems holding his serve and he didn’t
look comfortable running around. This made me lay him @1.61 for a 100
at the start with a liability of 61. There were a couple of games
further where odds were going towards Vasselin so I did back him
accordingly a few times. However the right moment came in the 12th
game when I laid Vasselin for 104.99 units which meant I was already
in the Green Zone with around 15 quid after the first set. I decided
to let the trade run here as Vasselin’s serve wasn’t right and I was
spot on deducing that and cashed out a decent 40 quid! There was a
loss at the start to this trade around 10 units I believe but crucial
points and good timing with intuition cancelled those out!

This match as you can see was something I went against the strategy
because waiting for a few games always gives more information and the
market will react accordingly.

Moral of the story is, always try to adapt to situations, don’t take
anyone’s word as a 100% straight away. There will be matches going
against you, question is, how would you react. My answer is follow the
stats and be unbiased in your intuitions and it will pay off most of
the time!

Vinci was leading this 5-3 and was up 0-30 in the Kerber’s next
service game. Odds were just about 1.4, when I hopped in (not a bad
time considering Kerber’s serve was consistently poor). However, then
the drama began! Kerber held her serve to 5-4. Vinci then served for
the set and had 30-0. She lost 4 straight points to lose the game and
tie the score at 5-5. At this point I traded out completely here with
a loss of almost 20 units range. A typical WTA drama scenario!!
However as you can see about roughly 8 minutes later after I traded
out I backed Vinci after she held her next service game to take 6-5
lead. The odds of 1.82 exactly was just coincidental here. All I was
trying to do there was try to reduce my loss there as Kerber’s serve
failing again was my intuition. Indeed it did and this match
completely went in Vinci’s favour after this so I left the trade run
and cashed out 21 units!

The profit here was a mere 5 units but here’s the situation. I was
down 12 units early on so how did I turn this around?

The first trade was to lay Jankovic @1.22(23) for around 84 units (20
liability). I did this as Cohen was down a break and serving to stay
in the first set. She created a few break points but converted none
and Jankovic won the first set. As soon as she won the first set, her
odds drifted towards 1.09 range. I felt trading that out was the
right choice so traded out with a 12 unit loss. The next trade I made
was in the 3rd set (left out 2nd set completely!) The starting odds on
Jankovic were 1.47. I felt that was too high hence put 23 quid on that
to reduce my profit! Indeed Jankovic stormed to a 4-0 lead I believe.
This made odds shoot down to 1.04 lay price range. I laid her for a
decent 156 units there (approximately 6 units liabilty). Meaning I was
willing to accept a loss of around 5 quid in total with the hope this
odds will go up. Indeed Cohen had bit of an active session later and
odds jumped to 1.15 range. After seeing one point go against Cohen I
traded this market out @1.09 price with a total profit of around 5
units as I felt Cohen serve was back to her original negative stats.

Basically this match was a turn around from a losing 12 units to a
winning 5 units (I could have traded out with 12 unit profit here but
let the trade run a bit before I felt it was pushing it a bit)!. This
is a great example again of how to trade. The key point is I
completely ignored the second set here as you can see as I was trying
to study the market from a pure mental point of view and I felt that
odds on Jankovic @1.47 were too high to begin with in the 3rd. For me
it should have been in the 1.35 area (at least 10 decimals down)!

Hope you liked the above trades and screenshots! 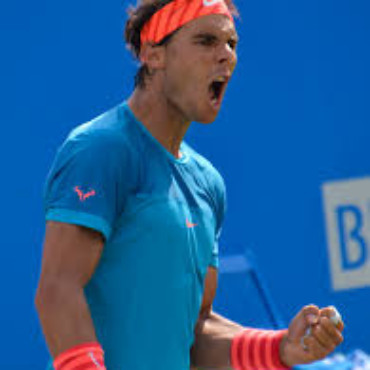