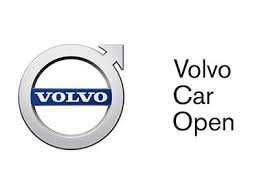 All eight players get a 1st round bye, including Kiki Bertens, the defending Champion. Joining Bertens in the bottom half of the draw are former champions Caroline Wozniacki and Andrea Petkovic.

Bertens will face a qualifier in her first appearance, and is then likely to face the aforementioned Petkovic or Sakkari in the following round. She is then likely faced by Wozniacki in the Quarter Finals.

In the opposite half of the draw we see the number 1 seed Sloane Stephens with an equally challenging draw. She, like Bertens, will have a first round bye and is likely to face Sorribes Tormo in her first challenge. Awaiting the victor of that match is likely to be the number 10 seed Tomljanovic. Later rounds will see possible clashes with  Keys and Sabalenka in likely Quarter and Semi Final Match Ups.

Don’t write off Julia Goerges who was in the final here last year, and hopefully we see a good run from the hometown hero Shelby Rogers who is making a comeback after a year out. An exciting tournament in prospect and plenty to watch out for.

Get involved in the action, check out my ULTIMATE TENNIS INCOME package.