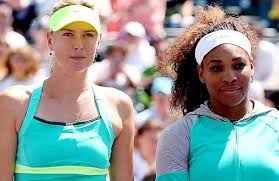 There is however one major issue here and that is, both these players are in the same draw. This means backing another outsider is definitely a good strategy for this year’s Wimbledon Outright market.

Let’s talk about Halep first. Sadly, she’s in the same top half of the draw as Serena is, which means it’s going to take something absolutely special for her to be a finalist.

The best quarter of the draw for this year’s Wimbledon could be the 3rd draw that features Azarenka and Radwanska. Eventhough Azarenka lost to Giorgi recently in her first comeback match on grass, I still believe she has the goods to reach at least the SEMI’s here. Her only threat is Radwanska who is a former finalist.

The final quarter of the draw includes Li Na and former champ Petra Kvitova. Both have a chance to meet in a mouthwatering quarter-final.

I think amongst the outsiders, Li Na and Radwanska will do well in this year’s Wimbledon. Kvitova has been lacking in consistency and Azarenka may have issues with injury. So between Li Na and Radwanska, I’ve to go for the Chinese dragon Li! For me she’s a likely candidate for the Final podium.

From the top draw, you simply have to choose between Serena and Sharapova. Maria has just come back from an absolute marathon of a tournament at the French where she had to dig deep not once but several times on the way to the final which still ended in a 3 setter. Serena on the other hand is likely to be the winner for the first half of the draw as she got beaten in the French by a very determined Muguruza. On Clay her serves are likely to be neutralized more, but this is Grass and it has always been one of her favourite surfaces. Her serves are likely to have more venom here so expect her to stroll past her opponents in the early rounds and I don’t think players like Muguruza will have an effect on her game this time around.

Summarizing, I think this will be a USA vs China final between Serena and Li. It indeed promises to be a great encounter if it happens and Li Na may just be good enough to pull off an upset here. However, it’s always a major ask for anyone to win against one of the most successful female athletes in recent times. Serena’s serves and power strokes are more lethal than Li’s and she is hence the right favourite. If Serena is to lose, this will be in a 3 setter due to lack of endurance I feel. Overall, Serena is defintely the better player here..

SERENA WILLIAMS TO WIN THE 2014 WIMBLEDON FOR ME! 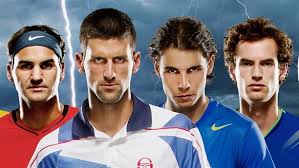 Djokovic is priced in the outright market at around 3 while the rest at odds of around 6 to 7. The draw looks favourable for the ‘Djoker’ here with Berdych, Cilic or Gulbis as a potential Quarter final contenders.

Compared to the above, Nadal may have the worst of the sections as he could face Karlovic early on, with Gasquet or Monfils next in line, followed by the big serving Canadian Milos Raonic. Hopefully this isn’t another early exit for Rafa!

The first in line with a chance outside the big 4 according to the bookies is Dimitrov. Indeed he has played well and showed some decent form but I wonder if he can upset Andy Murray at home. Raonic is definitely a threat for Nadal and so are Gulbis for Djokovic and Lopez for Federer. However, the surprise package for me could be Alexander Dolgopolov who plays in Murray’s section. Historically, Dolgopolov has been a decent grass courter so I’m expecting him to cause some upsets here. With odds of 800 on Betfair outrights, I do think it’s worth a punt on Dolgo!

At first glance, two favourable draws for me are Djokovic and Federer’s.

Murray may have some issue with Agut, Dolgopolov and Ferrer and Rafa has even bigger problems with big servers such as Karlovic and Raonic. However, I feel confident of 3 players coming through the draw safe and they are Djokovic, Federer and Nadal. So this means I’m predicting Andy Murray not to win this year’s Wimbledon.
Now between Rafa and Roger, the match is going to be of high standard, however if Roger is to win, he MUST finish this match in 3 or 4 sets. If it goes to a 5th, I am favouring Rafa here. Overall, to be honest, I do feel Nadal will find a way to upset the King of Grass.

The only player who I feel will have no issues this year reaching the final is Novak Djokovic. The finalist of last year, he will be desperate to win this year with a bit of encouragement from the legend Boris Becker by his side.

So simplifying things, this is going to be a repeat of the French Open final between Rafa and Novak. Ultimately, the surface being grass, you’ve to fancy the better server with sheer power who is Novak Djokovic in my opinion.

NOVAK DJOKOVIC TO WIN AGAINST NADAL TO WIN 2014 WIMBLEDON!