Wimbledon Middle Sunday – Rest Day!! But what a week it’s been..

Since I started trading tennis ten years ago, I have seen many great tournaments and many shocks and upsets. I’ve seen many great comebacks, and many retirements due to injury. But have I seen so many of these elements combined in one tournament? Not in memory! Victoria Azarenka, Jo-Wilfried Tsonga, John Isner, Marin Cilic, Radek Stepanek, Steve Darcis, Guido Pella, Philipp Kohlschreiber, Romina Oprandi, Paul-Henri Mathieu, Michael Llodra, Yaroslava Shvedova and Igor Sijsling have all dropped out injured! Amazing.

From 2015, Wimbledon will be played a week later than normal, to give three weeks instead of the normal two weeks between Wimbledon and the French Open. This could see a drop in the number of retirements at Wimbledon. However, there is no real proof that the short period between the two Majors is the cause of the retirements, so it may make no difference at all!

To see Nadal and Federer go out when we all took for granted we would see them play in the quarters was hard to believe. The same has to be said for Sharapova.
To see Lleyton Hewitt see off Wawrinka in straight sets was a delight to all except for Wawa’s own loyal supporters. Hewitt has always been a favourite of mine. The guy plays with heart and aggression and skill and fights for every point he wins. He has an attitude we all should aspire to. When I see him play, I can see the champion in him, though it’s likely he will never be a champion again. For me, that’s a real shame. As I write this I’m reminded of valentino Rossi’s first win in 3 years in Moto GP yesterday in Assen. I’m a fan of him too and I never thought I’d see him win again..bravo Vale!! I’d like to say the same of Hewitt but it just wont happen – in Moto GP, the bike does a lot of the work. In tennis, the body does more of the work..

For you Brits out there, I think you have to agree it’s been storming so far! A tremendous comeback by Robson today, and Murray must secretly believe he has one foot in the final. The absence of Nadal and Federer has lifted the hope of all British tennis fans. The boy from Dunblane, Scotland really has a great chance this year. One sizable obstruction of course is Novak Djokovic who seems to be at the top of his game. Chardy simply had no answer for him in the last round and he hasn’t lost a set yet. He is undoubtedly the deserved favourite to win the title, but personally I hope Murray does the job. Apologies to any Serbian readers, but with Nadal’s injury woes and Federer’s inevitable decline, we need someone to put it up to Djokovic.
And some advice to all British tennis fans..give Murray a break. He’s a great player even if he never wins Wimbledon. For us Irish, our great hope is/was Conor Niland(who?), and he’s not even irish!!

On the women’s side it’s hard to see past Serena Williams. As one of our members pointed out recently, it’s hard to see anyone beating her even if she plays at 60% capacity! And that wont happen. If she played in the ATP, where would she rank? Always hard to say, but she’d give a few of them a hard game! Radwanska, Li Na and Kvitova amongst others will have something to say before the end we hope.
In trading terms, let’s hope the great run continues. Luckily we have avoided most of the big upsets because I never tip huge favourites. So the likes of Nadal and Federer’s losses didn’t do us any harm. On top of being one of the most exciting Wimbledon’s in years it’s also been one of the most profitable. My personal highlight being the 3-0 prediction for Hewitt, the low point being Monaco’s match yesterday.

As you can already guess, we’ve ended week 1 of Wimbledon brightly. Of
course Monaco didn’t help us with the stats yesterday but overall what an
amazing week it’s been. We started the tournament patiently but as
the days went by, we convincingly beat markets with our High Stakes.

9 BH/LH tips were given altogether for the first week out of which 7
were successful.

Our best day without a question was the 3rd day of the tournament.
This was the first day of BHing markets.
Please also note that 5% loss on day 4 is a worst case scenario. Most members should have profited on this day if they had followed my advice! 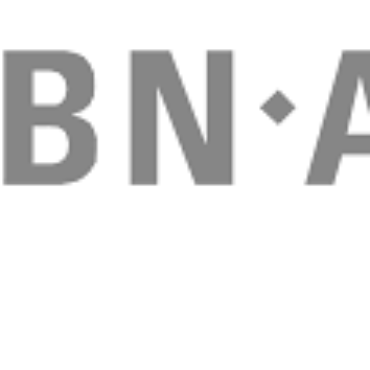