Getting Rid of The Gambling Spirit

Chasing losses – the most devastating tactic ever implemented by gamblers! You’ve lost little money when you got out of the trade when the odds went the wrong way. OK. You move on to the next trade. But do you know what the difference between a gambler and a trader is?

Well, a gambler is placing a bet having a strong resolution to gain back the money lost on the previous bets. If you perceive every next trade as a chance to win back what you’ve lost in the previous trades – you’re done as a Betfair trader!

This resolution will make you take unnecessary risks by trading on doubtful events and the anxiety to win back the lost money as soon as possible will make it even worse.

Trading tennis on Betfair you’ll sometimes incur losses – accept it, it’s inevitable. But very soon the devil on your shoulder will start whispering into your ear – “Common, now you can’t suffer any losses, you’ll gain the profit at all costs and win back those 10 pounds you just lost!” Now it actually doesn’t matter if you’re chasing 10 or 100 pounds. The gambler’s mindset is going to take its toll and prevent you from trading successfully.

And God forbid if you start letting the odds slip away into the red zone! Instead of closing the trade you can suddenly get tempted into waiting a bit more because you certainly know that the favorite is going to score, don’t you? Well, in this case there’s not a big difference between this kind of trading and real gambling.

There are many lads who want to become Betfair traders but eventually it turns out even worse than going to bookies and leaving a few quid here and there. Especially because to place real money you just need to click a mouse. At street bookies at least you have to give away real cash and you see what you’re losing!

So here’s a possible scenario for someone who
jumps into Betfair tennis trading with a hot head.

After making the first trades on a tennis match nothing much has been earned and the last trade brings up red figure with a minus sign on the screen. The guy gets frustrated and when the tennis match is approaching the end he just bets a hundred quid on the favorite – because he’s an obvious winner, isn’t he? Yeah! He wins and the newly-made Betfair trader pockets ten pounds.

After a few successful bets he’s made around a hundred quid. But then the match comes when the under-dog wins. Money goes down the drain and our Betfair trader is strongly determined to get back what he’s lost and increases the next stake. As the next game ends with the favorite player losing in a tie-break our Betfair trader throws the Tennis Trading League Systems against wall and curses the day he came across the this website…

Is the picture clear? Don’t you ever get tempted into something similar!

If gambling was a safe way to earn money there wouldn’t be thousands of people who blow their money every day doing it.

However, much of the trading success depends on your technical preparation and discipline.

As for the EXACT Betfair trading strategies including every single bit of information – odds filters, choosing the right matches, exit strategies and much more, here’s the deal: 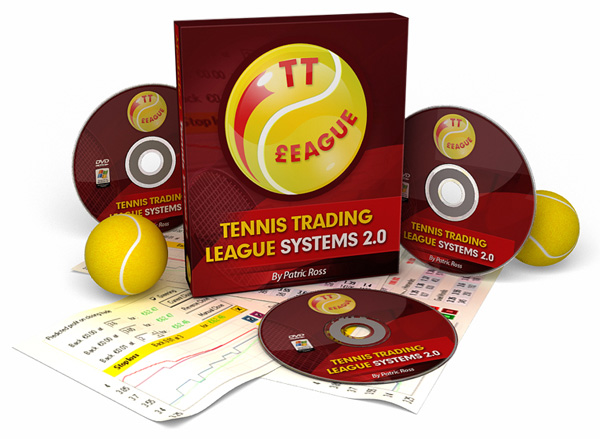