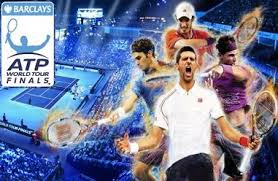 The last star packed tournament of the year is the ATP World Tour Finals at the O2 arena in London. With 6 time winner Roger Federer and two time finalist Rafa Nadal both being absent this year, a few outsiders have been gifted a golden opportunity shine in the big event.

Can 5 time winner Novak Djokovic continue his success or will newly crowned World No.1 Andy Murray steamroll his opponents to snatch his first ever title at 02?

Andy Murray is the right favourite for this tournament considering he is currently on a 21 game win streak dating back to his consecutive losses at the US Open to Nishikori and to Del Potro at the Davis Cup.

With two of his major rivals in Nadal and Federer both missing this year, there is enough reason to assume Andy will get past his group without too many issues. Odds of around 2.5 on the Betfair Outright must plummet in the coming days, especially if Djokovic shows inconsistency.

Marin Cilic lost to Isner at Paris last week. Still, his form is pretty solid as he won the title at Basel beating Nishikori in straight sets. While Stan Wawrinka is priced lower than the Croatian on the outrights, I feel odds of around 20 on Cilic looks pretty attractive.

Nishikori’s form has been on and off since his victory over Murray at the US Open. His most recent loss was to Tsonga after an epic choke. Advising against backing the Japanese talent due to inconsistency.

In his last 5 matches, Stan Wawrinka has played 4 deciding set matches and all were against unseeded players! While he may end up beating Nishikori, I can see him struggle against Cilic and especially Murray in Group A.

Djokovic is the obvious favourite from Group B but he has shown signs of wear and tear, losing to Agut at Shanghai and Cilic at Paris, both in straight sets. On paper, the Serbian should get past his opponents from this group but I don’t think he will snatch his 6th title in London this time. My advice is to avoid backing the Serbian.

There is concern about Monfils’ form as he has lost 3 of his previous 5 matches. Thiem’s form isn’t too good either with 5 losses coming in 7 matches. Still, I think the Austrian could be the better option here as he’s had a solid season.

The main issue with backing Raonic (currently priced around 40 on Betfair Outright) is his physical fitness. The Canadian has already had two walkover losses against Dimitrov in Beijing and to Andy Murray at Paris last week. Nevertheless, if he steps up his game, this is a good opportunity for the Wimbledon runner-up to win in London. I don’t think he will but a semi-final looks very likely for Milos.

My main advice is to back Murray (high stakes can be considered) straight away, as these odds of around 2.5 could drop fast.

While Novak started the year very positively, his form has declined a lot in recent months. It may therefore be worth considering laying Novak in all his group matches. Personally, I wouldn’t be too shocked if he doesn’t get out of his group and we could indeed see some surprise outcomes from Group B.

I predict Cilic, Murray, Raonic and possibly Thiem to reach the semis this year.
For Andy Murray, with the World No.1 tag currently on his shoulders, he should put on a great show and winning this tournament would be the icing on the cake and a tremendous end to a remarkable season.