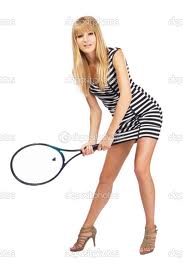 2. Radwanska v Dushevina: Unsuccessful (Very unlucky here as this
could easily have hit our target had Dushevina converted one of the
three break points early on in the match. However it’s fair to say
Radwanska pretty much blew her away as the match went on!)

4. Schiavone v Date Krumm: Successful (Definitely can make this
successful as Krumm at one point became a huge favourite after leading
by a set and a break!)

6. King v Zheng: Successful (Amazing how Zheng lost this match as she
had tons of chances)

7. Zhang v Meusburger: Unsuccessful (This was a very one sided affair!
A bit of a shocking scoreline!)

8. Becker v Mahut: Unsuccessful (Another shocking scoreline as Becker
showed no form at all)

9. Przysiezny v Rosol: Successful (After the first break Przysiezny
looked like the better player. A rather tough match)

Again all matches were advised for strictly low stakes like the
previous few days. Interestingly, this was one of the very few weeks
in the whole of Tipping this year where I’ve avoided BHing in the
first 4 days and seems I was right to avoid them. It’s amazing how
many weird results have come about!